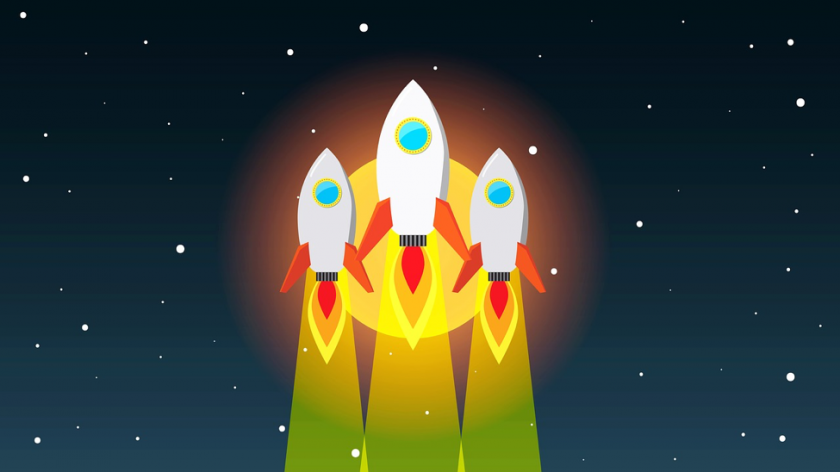 A space-based internet, SpaceX’s first ever crew spaceflight and deeper exploration of the moon could all be happening this year.

2018 has been good for the space industry. Investors put at least $2.3 billion into space companies, SpaceX sent a car beyond Mars, and NASA landed its InSight robot on the Red Planet, which gave us the first-ever audio recording from the surface. A Chinese spacecraft also landed on the dark side of the moon for the first time ever. But as good as last year has been for space enthusiasts, 2019 could be even better. Let’s discover why.

An artist's rendition of the InSight lander operating on the surface of Mars. Image Credit: NASA/JPL-Caltech

Commercial space companies have been getting a lot of attention lately, as SpaceX’s Dragon became the first ever private Spacecraft to reach the space station and companies like Planet started deploying CubeSats in low orbit to monitor Earth activities. The private space industry today accounts for more than three quarters of the industry has a whole, but there’s one thing commercial companies haven’t done yet — sending humans into space. This could happen for the first time in 2019, as both SpaceX and Boeing plan on doing crew test flights this summer. If successful, these tests could prove that the private space industry has now reached full maturity and is ready to work alongside governments on more ambitious missions, such as sending humans back to the moon or even on Mars.

These small satellites have been around for a few years now. Companies such as Planet and DigitalGlobe use them to provide an accurate, daily updated picture of the whole surface of our planet.

Now, a whole new market is emerging to collect and refine the enormous amount of data collected by these satellites.

This data can be used in a wide range of industries, from agriculture to economic intelligence, trade, Earth preservation and response to disasters. Now, a whole new market is emerging to collect and refine the enormous amount of data collected by these satellites, with companies such as Orbital Insight or Skylab Analytics. But CubeSats are also opening up new frontiers beyond imagery. Astranis, OneWeb and SpaceX are all working on space-based internet networking services, to provide high-speed connection from satellites. Meanwhile, companies like Cloud Constellation are even pitching satellite-based data storage. In 2019, the cloud might move up to the stars…

Small rockets are taking off

The space rockets that we use today have been built to put big, regular satellites into space, and are not really fit for CubeSats. As a consequence, some startups have been focusing on building smaller rockets for a few years now. And 2019 could be the year this industry really takes off. Vector, Virgin Orbitand Firerfly Aerospace, three leading companies in the field, all plan on carrying out their first orbital launch this year. Rocket Lab, another serious competitor, successfully performed its first commercial launch last November, and is already working on a new launch for DARPA, which should happen in late February.

The European Union’s global navigation satellite system, which has already encountered huge delays since the first stage of the program was first agreed upon in 2003, should be finally operating at full capability in late 2019, once at least 24 operational satellites start working together.

In 2019, China intends to launch an unmanned mission to the Moon that could use a robot to return a sample to Earth.

Humans might finally be going back to the Moon

As we celebrate the 50th anniversary of the Apollo landing, humans are looking up to the Moon once again, and the idea to go back for scientific purpose is gaining more and more popularity. In 2019, China intends to launch an unmanned mission to the Moon that could use a robot to return a sample to Earth. In the US, the Trump administration has already expressed its will to send humans back to the Moon as early as 2019, and NASA has been testing its Orion spacecraft in this purpose, announcing last November that the timeframe seemed achievable. Moon Express, an American startup that wants to mine the moon for natural resources, is also planning on launching a first mission in 2019.