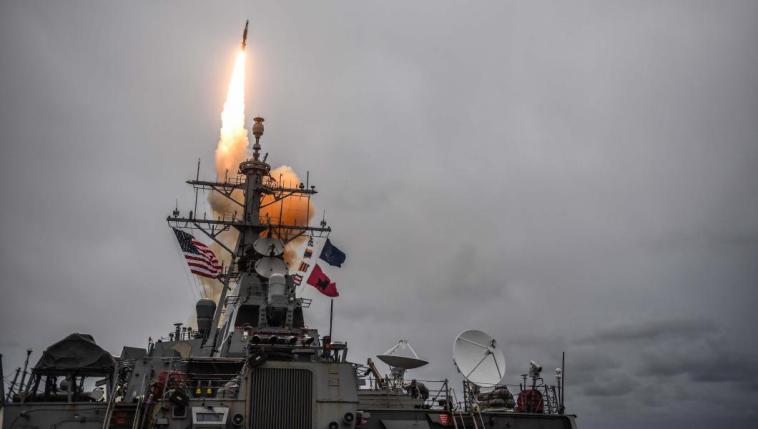 The port of Tartus is the location for the Syrian logistics base of the Russian Navy.

On Monday CNN Turk reported that the US destroyer was at at a distance of 100 km from the Russian Navy port in Syria.

The destroyer left the Cyprus port of Larnaka for the Syrian shoreline, and was reportedly buzzed by Russian warplanes which circled above the US warship four times.

Most troubling part of this advancement into Syrian waters (and within striking range of the Russian base) is the fact that the U.S. Navy destroyer approached Syria WITHOUT notifying Russia.

Trump and his war hawk White House is pushing the world to complete nuclear destruction, all in support of Al Qaeda and White Helmet-ISIS propaganda.

To be sure, Russia is concerned, and seemingly angry, that another showdown may be imminent. According to Pravda, the Chairman of the State Duma Defence Committee Vladimir Shamanov said that the United States did not notify Russia of the approach of the group of US warships to the Russian naval base in Tartus.

“A group of ships of the US Navy has appeared at a distance of 150 miles from the Tartus region. It is common in international practice potential participants of events in the area should be notified accordingly in advance. We have not been notified, although we had legally ratified the agreement on two bases in Tartus and Khmeymim,” the official said.

“Moreover, US President Donald Trump said that he would think about the missile attack on Syria despite any resolutions at the UN Security Council. All this smells of something are outside the framework of universally recognised international norms,” Shamanov added, suggesting that Russia is preparing for a Syria attack.

More troubling is that also on Monday, Russia’s Ambassador to the UN Vasily Nebenzia said that the Americans would have to deal with  “serious consequences” should they attack Syria.

“We have repeatedly warned the American side about highly negative consequences that may follow if they apply weapons against the legitimate Syrian government, and especially if the use of these weapons – God forbid, affects our military men, who legally stay in Syria,” the Russian Ambassador to the UN said at a meeting of the UN Security Council.

However, after yesterday news that the office of Trump’s personal lawyer was raided by the FBI and that attorney-client privilege between Trump and Cohen may be compromised, it now appears that in a desperate diversion attempt from his domestic troubles, a military response against Syria by Trump is now inevitable, especially following today’s news that the president is canceling his trip to Peru’s Summit of the Americas in order to “oversee” the Syria Military Response.