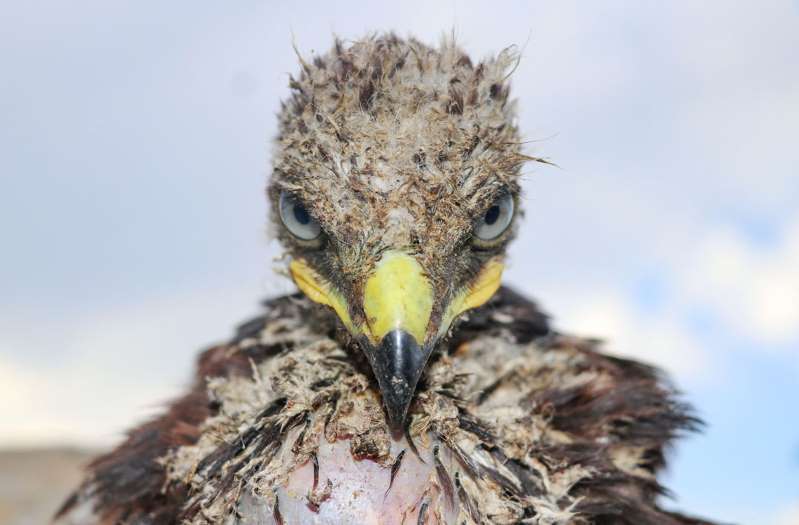 "The IRGC's naval forces have seized a foreign oil tanker in the Persian Gulf that was smuggling fuel for some Arab countries," Press TV reported, referring to Iran's Revolutionary Guard and quoting IRGC commander Ramezan Zirahi as saying.

The vessel was carrying 700,000 litres of fuel, and was carrying seven sailors, the TV station added, who have been detained.

In July, the IRGC seized a UK-flagged vessel, amid heightened tensions in the vital shipping lane.

(COMBO) This combination of file pictures created on July 22, 2019 shows Iranian Revolutionary Guards driving speedboats at the port of Bandar Abbas on July 02, 2012 (L), and the amphibious assault ship USS Boxer (LHD 4) as transiting the East Sea during exercises on March 7, 2016. - Iran's seizure of a British-flagged oil tanker in the Strait of Hormuz was a "legal measure", the spokesman for the Islamic republic's government said on July 22. Iran impounded the Stena Impero tanker on allegations it failed to respond to distress calls and turned off its transponder after hitting a fishing boat. (Photos by Atta KENARE and Craig Z. Rodarte / various sources / AFP) / RESTRICTED TO EDITORIAL USE - MANDATORY CREDIT "AFP PHOTO /US NAVY/GREG Z RODARTE" - NO MARKETING NO ADVERTISING CAMPAIGNS - DISTRIBUTED AS A SERVICE TO CLIENTS (Photo credit should read ATTA KENARE,CRAIG Z. RODARTE/AFP/Getty Images)

Iran initially claimed that vessel, the Stena Impero, had collided with an Iranian fishing boat.

The Speaker of the Iranian parliament also said the capture of that vessel was in retaliation for the earlier detention, by British Royal Marines of an Iranian-flagged vessel, the Grace 1.

That boat was allegedly transporting oil to Syria, which the UK said was in violation of EU sanctions.

The UK defence minister said that the Stena Impero was in Omani territorial waters at the time.

It was unclear which country the latest vessel was registered in.