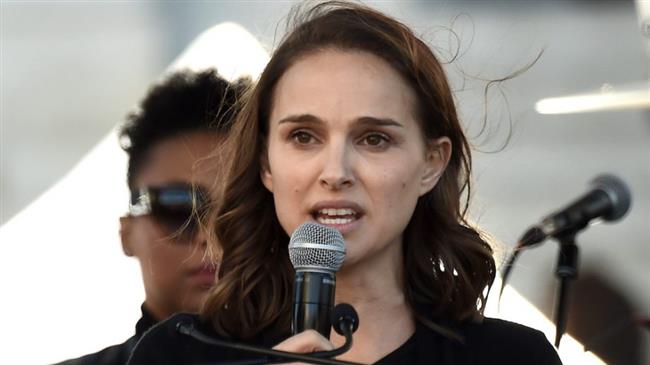 In a statement posted on Instagram, Portman explained why she had decided to snub the 2018 Genesis award, saying, “I chose not to attend because I did not want to appear as endorsing Benjamin Netanyahu.”

She also stressed that “the mistreatment of those suffering from today’s atrocities is simply not in line with my Jewish values. Because I care about Israel, I must stand up against violence, corruption, inequality, and abuse of power.”

Portman’s comments came after her representative cited “extremely distressing” events in the occupied lands as the reason for her withdrawal from the awards ceremony due in June.

Portman’s prize snub sparked angry reaction from Israeli officials, with lawmaker Oren Hazan calling for the revocation of her citizenship.

Israeli Culture Minister Miri Regev further claimed that the feminist actress had “fallen like ripe fruit into the hands” of the pro-Palestine Boycott, Divestment and Sanctions (BDS) movement.

The actress said in her Instagram post that her reasons for skipping the Israeli event had been “mischaracterized.” She has also said she does not support the BDS.