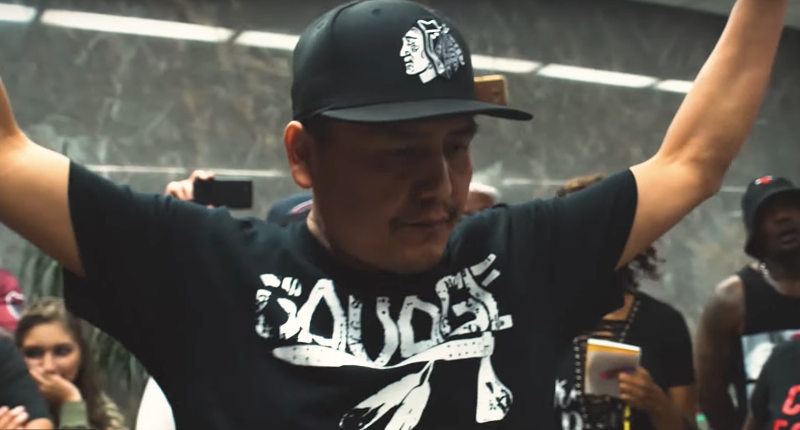 Wearing a t-shirt emblazoned with the word ‘savage,’ a Native American rapper utterly embarrassed a racist opponent during a rap battle

Frazier is from Shiprock New Mexico and explained, “I began to jump into the battle scene. I found battling as another platform to represent Natives and as I was told, ‘become a voice on stage for the people.’”

During the loud and profane rap battle, both participants rhymed about race relations in America.

“You said you’d give a Native a history lesson, but there ain’t no question, that I can’t stand the man who takes pride in Genocide,” Frazier shouted as a large group circled the men, with cell phones recording the competition.

“I mean, this dude reps Hangman Music, if that ain’t racist it’s f*cked up and call me stupid,” Frazier charged, to cheers from the crowd.

“Hate me now, but after the battle, I guarantee you leave with some respect for us,” Frazier predicted.