Whose world it is, humans’ or AI? 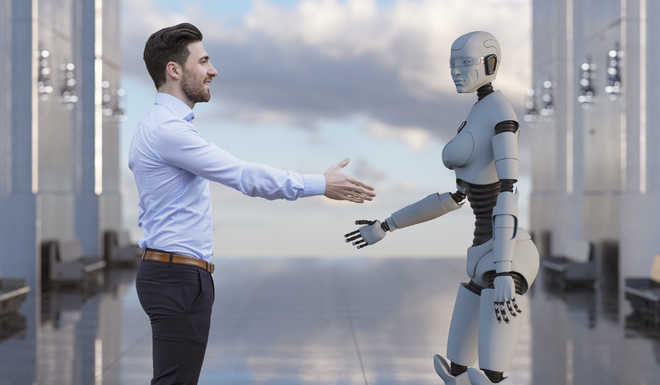 Ray Kurzweil, a well-known futurist, predicts that by 2045, Artificial Intelligence (AI) will surpass human beings as the smartest and the most capable life forms on the planet.

Should we be worried that AI will take over the world by 2045? There is no straight answer. Let me present two scenarios — in the first one consider the situation where excessive use of social media results in algorithms that curate posts controlling thoughts in your mind. The evolution of human intelligence stops and AI overtakes human intelligence. If this trend continues, we do not need to wait till 2045. In the second case, let us go back in time to understand the alternate scenario. On June 7, 1893, Gandhi, a young practicing lawyer was thrown off a train in South Africa for refusing to comply with the racial segregation rules of travel. His response to that event (singularity point) resulted in Indian Independence and him becoming a Mahatma (Great Soul). If this trend of self-realisation continues at a faster pace, it would be very hard for AI to catch up with natural human intelligence.

We have two choices — let events shape us or let our response to an event shape the world.